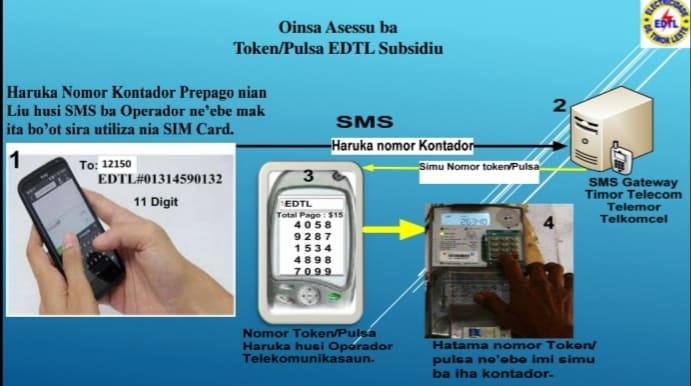 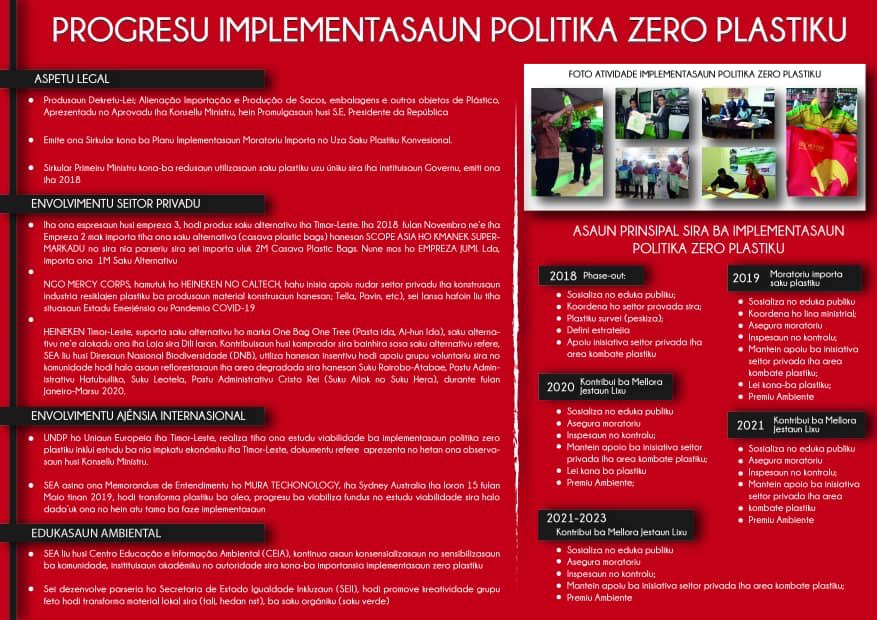 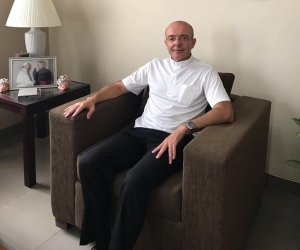 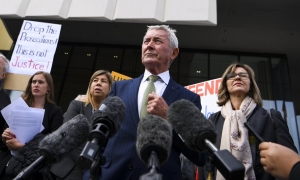 “An attack on freedom of expression and democracy”: MKOTT petitions for prosecution of Witness K and Bernard Collaery to be stopped.

Tempotimot (Dili) - Activist group, Movement Against the Occupation of the Timor Sea (MKOTT) has condemned the Australian government for its prosecution of whistle-blower, Witness K and his lawyer, Bernard Collaery, calling it an ‘attack on freedom of expression and democracy’.

The group has launched a public petition against Australian Federal Attorney General, Christian Porter in protest to the prosecution of the men.

Charges were filed against the two men by federal prosecutors, with Mr Porter’s approval, following the exposure of an Australian bugging operation of Timorese government offices during negotiations over how lucrative oil and gas reserves were to be shared between the nations.

As Timor-Leste prepares to celebrate its 20th anniversary of the 1999 referendum on the 30th of August, it also hopes to officially ratify its Maritime Boundary Treaty with the Australian government.

The exposure of the Australian secret service’s corrupt and illegal bugging put pressure on Australia to accept, in 2018, a boundary treaty agreed in a facilitated conciliation process under the United Nations Convention on the Law of the Sea.

In a media conference held last week, MKOTT called on Mr Porter to use his power under section 71 of the Judiciary Act (1903) to immediately put a stop to the prosecutions, saying that it would ruin the relationship between the countries.

"While Timor-Leste and Australia are about to celebrate this important occasion, we the undersigned note with great regret that the Australian government has continued its prosecution of Lawyer Bernard Collaery and Witness K. These two are heroes of the maritime boundary agreement and thus their prosecution will pollute the celebration and the bilateral relations".

The petition is hoped to have gained the signature of over a thousand Timorese by the end of August. 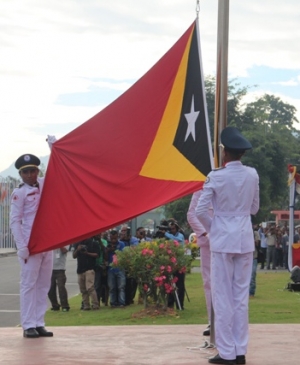 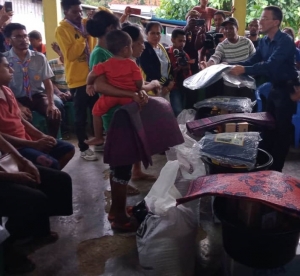 Australia is supporting Timor-Leste to be prepared in case there is an outbreak of COVID-19. The neighbouring country has provided personal protective equipment and medical supplies to protect healthcare workers. The Menzies School of Health Research is helping Timor-Leste’s national laboratory to be able to do local testing for COVID-19 in the near future. Also training is provided to health workers at the national hospital. 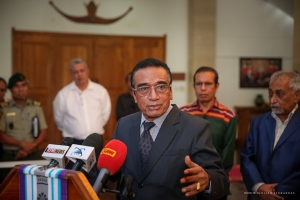 Tempotimor (Dili) – After a seven-hour long discussion, the national leaders agreed that the president must find ways to resolve the current political crisis that Timor-Leste is facing. They also concluded that early elections are only a last resort, when no other options are left. 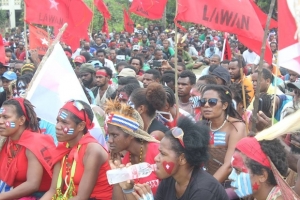 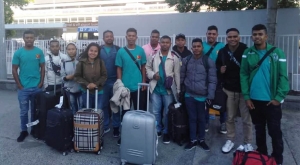 Timorese workers in Australia making the most of a great opportunity

Life in Australia’s Seasonal Worker Program (SWP) can be tough, but it is designed to prevent the exploitation of workers within it.

In the past three years over 1500 people from Timor-Leste have worked in Australia as part of the (SWP), mostly picking or packing fruit on Australian farms. 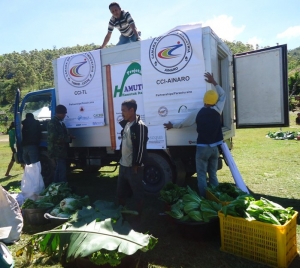 ‘SERVE’ OPENING THE WAY FOR INTERNATIONAL BUSINESSES TO DO SMALL BUSINESS 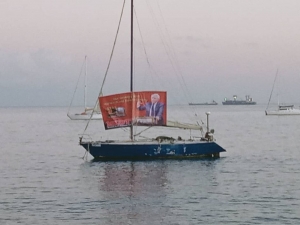 Tempotimor (Dili) - The people of Timor-Leste welcome the 30 of August with a banner expressing support to Witness K and Bernard Collaery who face charges at courts in Australia.

Timor-Leste Government, via the national police-PNTL, has announced that they would not authorize any demonstration on the 20th anniversary of Referendum, but the government and PNTL lost control at sea in front of Palacio do Governo. A big red banner bearing Bernard Collaery’s photo and written “Our Solidarity with Bernard Collaery & Witness K” is hanged on a yacht in front of Palacio do Governo.

“We unfold this banner on the yacht at sea because there is space to speak on shore,” an representative from the Movement Against Occupation of Timor Sea, MKOTT, told TempoTimor.

Witness K and his lawyer, Bernard Collaery helped bring forward information about the Australian espionage activities by planting listening devices at Palacio Governo during negotiations on sharing resources on the oild fields in the Timor Sea.

“Big Brother Xanana and many leaders know that if it wasn’t thanks to Witness K and his lawyer Bernard Collaery, we wouldn’e have been able to remove the listening devices from the office of Prime Minister,” the MKOTT representative explains.

The people of Timor-Leste consider Bernard Collaery and Witness K as big heroes in Timor-Leste’s fight for maritime boundary with Australia. As scheduled, at 16.30 (30/08), Timor-Leste and Australia will exchange the diplomatic notes at the front of Palacio do Governo.

“We agree we should sign this note, but we should not forget our big heroes Witness K and Bernard Collaery are facing difficult situation imposed on them by the Australia Government,” MKOTT states. 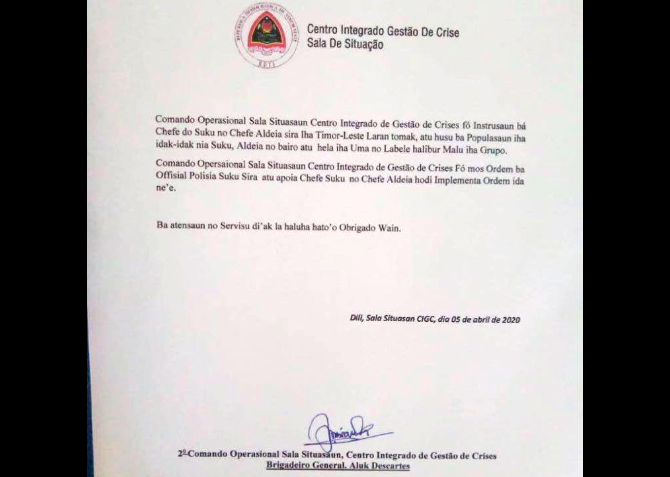