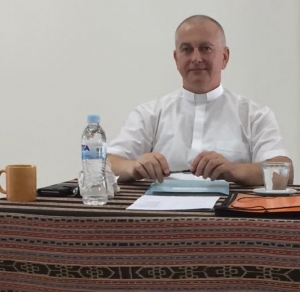 Tempo Timor (Dili) - The SVD procurator general is currently visiting Timor-Leste to support victims of ex-priest R.D., who sexually abused children in his orphanage in Oecusse. Father Peter Dikos is positive about the growing openness in the society, but disappointed with the criminal justice system in this case for being slow, not responsive and breaking promises.

‘We never had a case of this scale in our history,’ tells priest Peter Dikos, the procurator general of Societas Verbi Divini (SVD) in Rome. In March 2018 the congregation received a complaint against R.D., accusing the SVD priest of sexually abusing young children in his shelter Topu Honis in Kutet, Oecussi. ‘From what we know so far, it was systematic abuse of girls on a daily basis. It had been going on for years and years,’ says father Dikos in an interview with Tempo Timor during his visit in Timor-Leste. As SVD procurator general Dikos investigates cases of sexual abuse by members of his congregation.

Father Dikos doesn’t doubt that R.D., who originally is an American, committed sexual crimes against Timorese children. During a conference call last year between SVD’s superiors of the generalate in Rome and the regional office in Dili, he heard the priest confessing that he sexually abused minors. When the accusations were read to him, R.D. reacted with the words: ‘It’s 100 percent true.’ In November 2018 the priest was dismissed as a member from the SVD and from the clerical status.

While the church punished the ex-priest already a year ago, Dikos notices that the Timorese authorities have been slow, not responsive and breaking promises. ‘From the very beginning it was quite a challenge’ to deal with the police, he says. The SVD took the accused confrere R.D. twice to the police and requested a document confirming they reported the suspect to the authorities. ‘The police promised to send us a written document showing we reported the case. But after many attempts, up till now, we haven’t received any proof,’ Dikos says.

He is ‘a little bit disappointed’ in the criminal justice system. ‘I would have expected that the confrere would have been detained. But that did not happen,’ states Dikos. And although SVD’s superiors heard R.D. confessing to his crimes, they were never called by the prosecution to give evidence or a statement. Dikos notes that proceedings take very long. ‘I would expect the judicial system to be more pro-active’ and that the case would have concluded long ago. ‘For me it is a big surprise that a case about such a serious crime, drags on,’ he says.

Last April R.D. was finally arrested by the Timor-Leste’s police, but not detained. Before the arrest, the prosecutor general of the republic (PGR) called the bishop of Dili to ask whether the ex-priest, who is now 82 years old but in good health, could stay on humanitarian grounds under house-arrest in the SVD residence in Maliana. The congregation accepted the arrangement, but with conditions. ‘We told the PGR: we accept him if we get a request in writing,’ Dikos explains. Other conditions were that the civil authorities had to provide security and make sure that the ex-confrere didn’t have any contact with potential victims or witnesses. ‘But nothing has been fulfilled,’ says Dikos.

Suddenly on 12 November the ex-priest decided to leave Maliana and took the ferry to Oecusse. Behind the scenes professionals, individuals and SVD worked frantically to inform the police and prosecution in Timor-Leste. When R.D. arrived in Oecusse, he was arrested and taken to the police station. Then the court decided that the ex-priest had to be returned to the SVD residence in Maliana. Last week the police took him on the ferry from Oecusse to Dili. But the SVD refused to host him in Maliana after their negative experiences with the civil authorities not fulfilling their promises to provide security and control R.D.’s movements. ‘Where our ex-confrere is now, I wouldn’t know,’ says Dikos. (Sources told Tempo Timor that he is in Academia Policia in Dili).

But about his visit to Timor-Leste Dikos is very positive. He met with the first lady and her cabinet. ‘I saw a great openness from their side,’ he said. The minister for social services is ready to help to regulate the status of Topu Honis so the shelter can continue to support children in need in Oecusse. Currently the institute, which was a private project by R.D., is run by his confidante Lily Tarung who has obstructed SVD’s efforts to get in touch with the staff and potential victims. An earlier attempt by the SVD to visit Topu Honis failed as ‘the people and the potential victims disappeared from the place,’ Dikos tells. He also had a meeting with the minister of education discussing more in general to increase awareness among students about sexual abuse. Dikos praises Fokupers and JU,S Jurídico Social calling them the ‘engine’ pushing for support and justice for the victims of the sexual abuse by the ex-priest. Later this week he will have a meeting with the PGR as well.

‘I heard people in Timor-Leste saying: “We are Christians. We are Catholics. We should forgive.” That’s nice. But we can’t neglect justice. Justice and mercy go hand in hand,’ says Dikos. He calls on all parties – government, church, the criminal justice system, NGOs, lawyers and professionals – to cooperate in this case. ‘We are creating history for Timor-Leste, because this is the first case involving a priest accused of committing sexual abuse that is being dealt with on this level,’ he says.

Dikos is travelling to Oecusse to reach out to victims and to support Fokupers, JU,S, local SVD and other professionals so they can assist survivors in the process of healing and recovering. ‘Some victims might not understand what happened to them at the time. But as they grow up, they will realise it. If they don’t open up, it can be a horrible trauma for the rest of their lives,’ Dikos says. He believes that if everybody works together, ‘slowly but certainly’ there will be justice for victims. Dikos: ‘That will be a new beginning of their life.’ 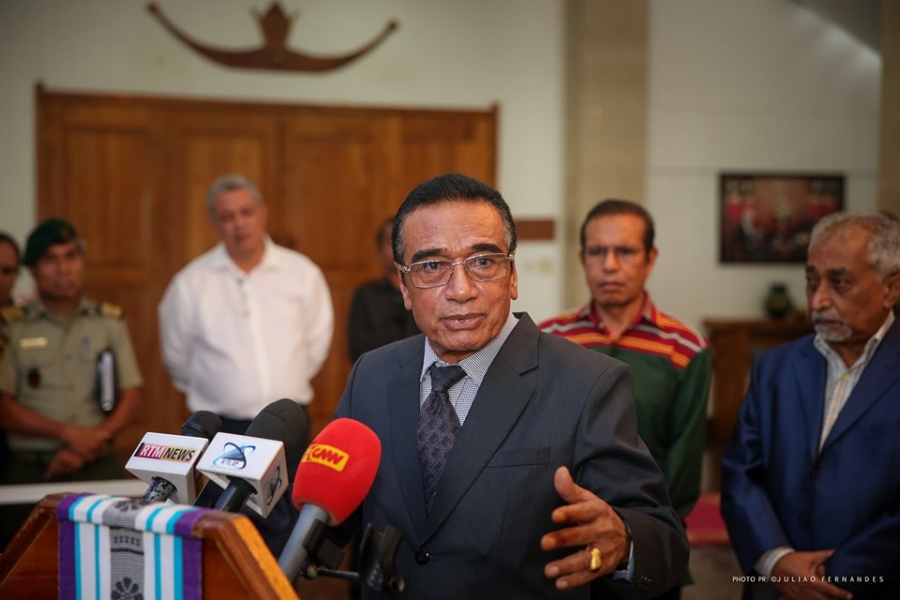