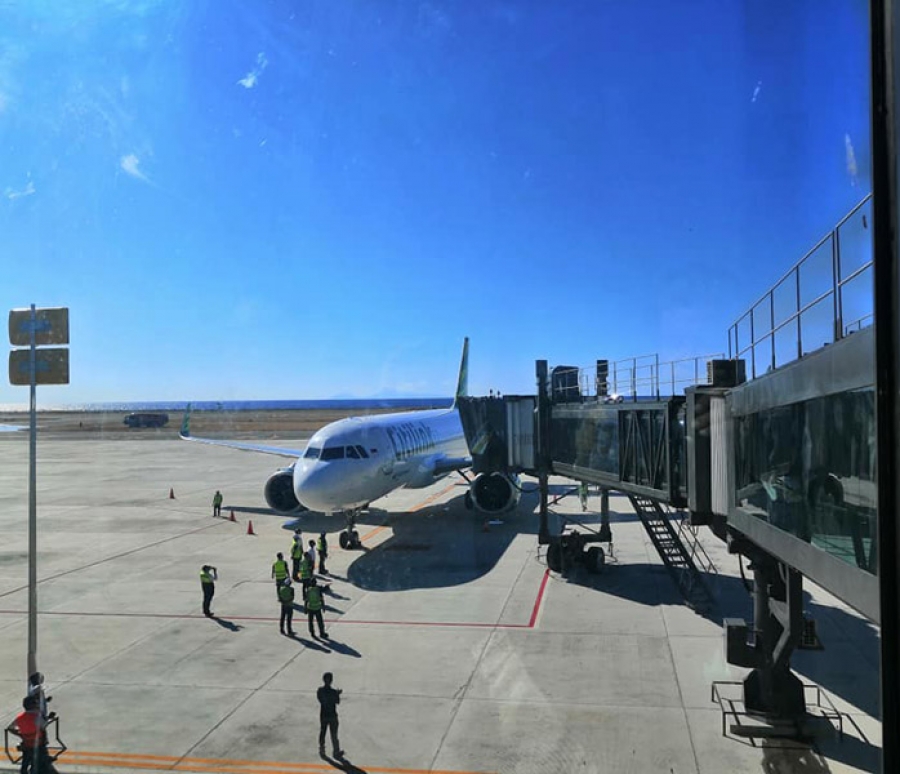 Tempotimor (DILI) – It only takes one hour and forty minutes to fly by plane from Denpasar to the capital city of the country of Timor Leste or East Timor, Dili.

This eastern country where the sun rises had been part of Indonesia 19 years ago. Until finally history ushered this country into a referendum on August 30, 1999, with the results of 344,580 people decided to free themselves from Indonesia.

The country has only operated one airport since independence, so the only gateway for air travel to Dili is Nicolau Lobato International Airport.

Actually, this airport is far from being an international impression. Imagine, the airport runway only reaches 1,800 km.

There are not many routes available at the airport. There are only three international routes so far, namely Denpasar-Dili, Dili-Singapore and Dili-Darwin, and more recently is Dili – Kupang. But the Silk Air had stopped last year because of the political impasse and the route from Dili – Singapore is unavailable.

Meanwhile, almost half of the flights there are run by Air Timor. A scheduled charter airline that has been operating in Timor Leste since 2008.

In its operations, the airline has no aircraft at all. What Air Timor has done so far is to survive by partnering with Citilink.

In August 2014, Air Timor signed a partnership with Garuda Indonesia to serve the Denpasar-Dili route starting October of the same year. The signing was carried out by both parties, in the presence of Indonesian President Susilo Bambang Yudhoyono and Timor-Leste Prime Minister Xanana Gusmao.

Under the agreement, flights with Garuda Indonesia included in the full service service category will include 12 business class seats and 84 economy class seats.

However, on its way, Air Timor decided to divert cooperation with Garuda Indonesia to Citilink Indonesia, which was still standing in a group with the red plate airline bearing the bird. It is not known what are the detailed reasons why there is a transition between the loan agreement and the aircraft. Until finally, on June 5, 2015, Citilink and Air Timor signed an agreement to provide aircraft.

It was only on September 13, 2015 that Air Timor took Citilink officially to fly from Denpasar to Dili.

Former East Timorese president José Ramos Horta asked members of the government and parliament not to be overly dependent on Indonesia, because almost a dozen years the Garuda Indonesia company had killed the economy of Timor-Leste.

Horta stated this because so far the Garuda Indonesia company has been conducting a commercial flight between Dili - Bali where ticket prices are very expensive in the world. Therefore, he asked the current government to be able to find good solutions and alternatives with other companies from other countries.

“We have seen an experience with Garuda. For me, Garuda has committed a major crime against the economy of Timor-Leste. Timor must see and measure all this, why, because Garuda always raises ticket prices, because it wants to kill tourists to Timor, wants to kill the economy of Timor-Leste,” said Horta as reported by Tempo Timor last week in Dili.

“So we want good relations with Indonesia but we also have to see and stand one foot behind, not all, all members of the government, all members of parliament go to Indonesia, go to waste money in Surabaya and Bali”.

The average price for direct flights from Dili to Bali is $588 per person. And from Dili to Darwin is $538. But the current promotion price return flight Dili – Bali is $440 for Jully 2019.

With the ticket prices being very expensive, the number of visitors to Timor-Leste is also greatly reduced. Data from the Tourist Information Center in the Ministry of Tourism, Commerce and Industry that throughout 2018, around 400 tourists visited Dili and between January and May 2019, there were only 50 tourists visiting Dili.

On 24 May 2019, Horta brought the president of the Air Timor company Francisco Oliveira as the person in charge of the China Air company to meet with the prime minister Taur Matan Ruak to talk about what China Air could do in Timor-Leste.

"I accompanied Air Timor's management to meet with the prime minister, I did not participate in commercial relations with them but felt worried about our difficulties regarding the very expensive ticket prices".

Seeing how to solve this problem because Silk Air (Singapore) has stopped and we are 100% dependent on airlines that lack of credibility such as Citilink and Sriwijaya.

If this country has sovereignty, according to Horta must find a solution so that Air Timor can cooperate with China Air.

“New plane, Air Timor has entered into an agreement with China Air and is now awaiting authorization from the government so that this plan can fly from Dili - Bali, Hong Kong Darwin, and Perth - Singapore".

On June 10, 2019, prime minister Taur Matan Ruak stated that he had agreed to China Air's request to invest in Timor-Leste.

"I am authorized, as I have said that relations with other countries must be compatible but the government supports this initiative."

According to the existing schedule, this flight will be carried out twice a week, Monday and Friday.

East Timor's chief of civil aviation Ana Rosalia Ximenes Varela, stated that so far Timor-Leste had many difficulties regarding the price of airline tickets. This difficulty occurs because the Citilink and Srijiwijaya companies sell very expensive ticket prices from Dili – Denpasar, and Denpasar – Dili with the origin of the two companies that belong to the Garuda company.

"Another problem in April 2019 is the Dili - Singapore, Singapore - Dili route which was closed because the company's financial capabilities were not enough," she explained. 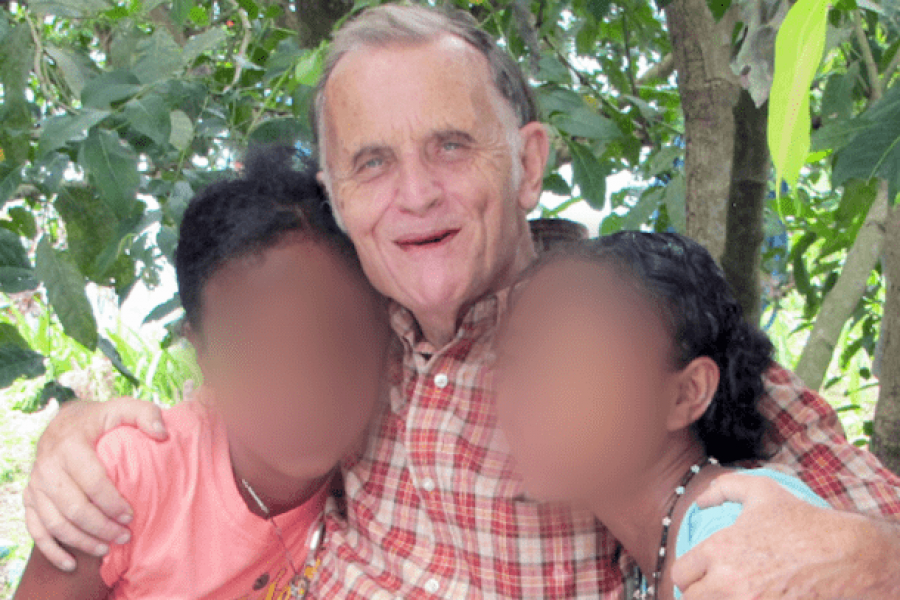 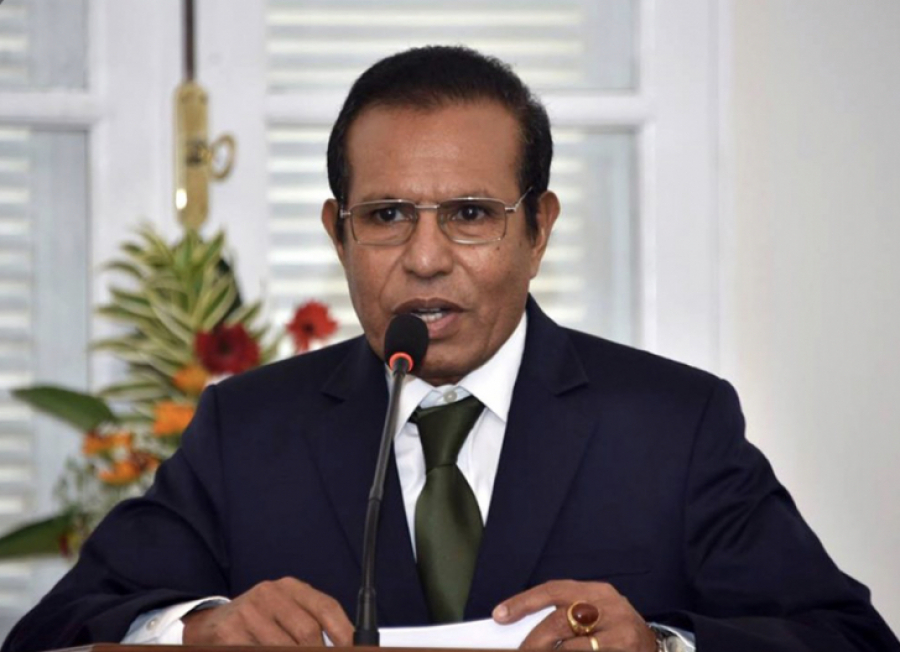