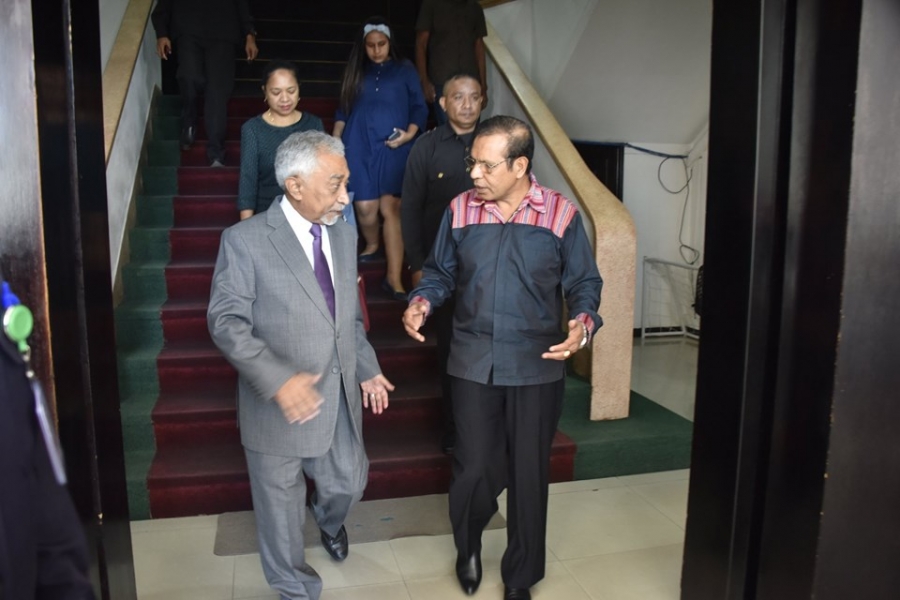 Tempotimor (Dili) – The Central Government is still holding the budget to ZEESM so that it has not transferred / sent the fiscal 2019 budget amounting to $ 76 Million to the Especial Administrative Region of Oecuse Ambeno (RAEOA) Special Zones of Social Market Economy (ZEESM) because last year's the budget was still $ 28 million.

Minister Reform Legislative and Parliamentary Affairs, Fidelis Leite Magalhaes, said that RAEOA-ZEESM still has an annual budget with an unused amount of $ 28 million, therefore the delivery / transfer needs to be fulfilled budget execution that was passed last year.

"ZEESM is not already at the negative balance level, there is still a budget last year that is still in use today," explained Minister Fidelis Magalhães, to Journalists in the National Parliament (04/06).

Fidelis said that the ZEESM regulations stated that to transfer the budget there, needs the results of last year's budget had reached 50% from 2019.

"The protocol for sending the budget from the central government through the Prime Minister must be carried out with authority. To send a budget must go through a path or fulfill its requirements, for example the previously disbursed budget must be used before sending a new budget, this is what the financial law says about transfer, "Fidelis Magalhaes said

However, with fully diplomacy Fidelis said, we say that we believe that in the near future if there is a usage report, we will complete this process. It is clear here that the Authority still has a budget last year. "

On the other hand, the National Parliamentary Commission for Education, Youth, Culture and citizenship affairs, identified that, Especial Administrative Region of Oecuse Ambeno

(RAEOA) there is a retroactive budget problem for Teachers.

“We identified the problem of education sector in Oecusse, that until now the retroactive budget for teachers has not been received," said President of the Commission G, Albina Marçal Freitas, in plenary, Tuesday (04/06), in the National Parliament.

Albina said that Commission G has heard from the Regional Secretary for Education and Social Solidarity Affairs, Arsenio Bano, that to solve this problem when the central government has transferred / sent the 2019 financial budget to RAEOA-ZEESM (Especial Administrative Region of Oecuse Ambeno - Special Zones of Social Market Economy)

At present the responsibility of the education minister is to find her time to go to RAEOA, but the minister is also the assistant to the prime minister, thus a decision from the head of government is needed," Parliament member Albina Marçal Freitas said.

For this reason, Commission G asked the Minister of Education to visit RAEOA to find out problems in the Education sector because this was a request from the teachers there.